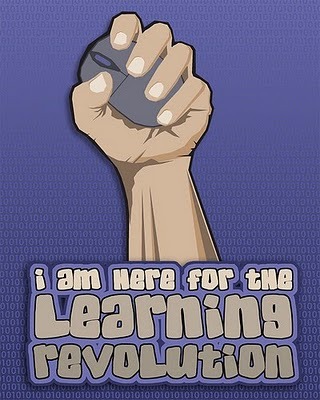 ‘Recent evidence suggests that young people with a computer at home could get a B, rather than a D, at GCSE.’

Niel McLean, Executive Director, Schools and Families, Becta Whilst I agree with the Home Access project in that it brings the opportunities of new technologies to those who are currently digitally disadvantaged, I fundamentally disagree that the point of this is to help these young people achieve a better grade at GCSE. I think the fact that the quote above, from Niel McLean, is almost the drive behind publicising the Home Access project sums up the position of education at the moment. In reading Doug Dickinson’s latest post I agree with the view that we need to reconsider the concept of education in our current world. The ‘gulf’ between what children need and what schools provide is a current problem (Whole Education, 2010) and the dissonance between home-school learning practices of children, which has been widely discussed for a number of years, is still evident. Gee (2010) in the recent ‘game based learning’ conference suggested there is a ‘competing curriculum out of school’ based on ‘deep principles of learning’, that we need to begin recognising in schools, with computer games being an aspect of this. As Royle (2009) puts it, we need to ‘break the boundaries between 21st century bedroom and 20th century classroom’. The questions Doug Dickinson raises are fundamental to the course of future teaching and learning, however who decides the route education should take? Teachers? Learners? Parents? Having attended 2 Vital ‘Teach Meet Style’ sessions recently and discussed such issues with other educators, there are teachers out there who are committed to providing innovative learning experiences, suitable for the times we live in. One thought that arose from the session in Plymouth was that Becta’s ‘Next Generation Learning’, should perhaps be renamed ‘Now Generation Learning’ (@chickensaltash, 2010) as the need to change education is current and important now. However, what do the children think? I suggest we have ‘Learner Meets’ for young people to discuss or share their views on where they think education should go. Obviously, I am not suggesting that we get 4 year olds together in a discussion group and ask them to discuss the route education should be taking in the 21st Century. However, involving children in their own learning is an important part of this process. I am also sure that this is already happening in many schools, however, it needs to happen widely, and it requires teachers to listen and value what the children say. Finally, there is currently a wealth of discourse surrounding the uses of ICT in teaching and learning, both formally and informally in the educational domain, which can at some times cause confusion about its uses. In thinking about the role of ICT in education and gaining clarity in its benefits, Prensky (2008) offers one view: ‘technology’s role – and its only role – should be to support students teaching themselves’. Certainly, this is already happening in many cases, and it needs to be recognised that children can learn independent of institutions and teachers (see Sugata Mitra’s TED talk) so we can best consider how the role of education needs to change. Image Source: Wesley Fryer