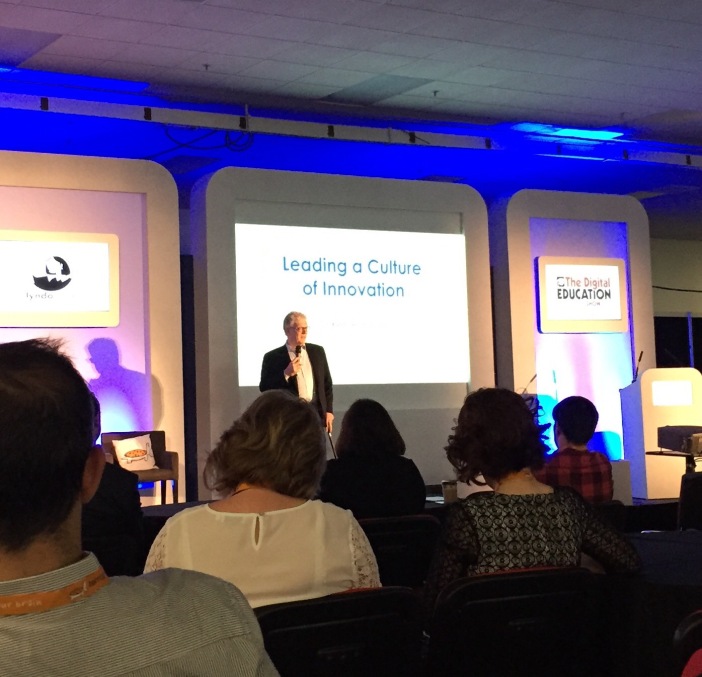 Sir Ken Robinson opened by discussing the education debate in UK and exploring the connections with other countries around the world. For example, the No Child Left Behind policy in the US. He reflected that politicians are looking for a quick fix. Education has become strategic; politicians have realised it is the key to competitiveness. He moved on to discuss the comparative nature of the debate suggesting that PISA has almost become the Eurovision Song Contest – “and we all know what the Eurovision Song Contest has done for popular music.” The danger with comparing schools is that we can forget the individual contexts of the pupils within the schools and forget the personal nature of education. People are different. People learn differently. We cannot continue to compare schools and whole education systems without taking into account the wide range of contextual factors that influence their effectiveness. Basing a whole education system on comparisons is dangerous.

Businesses look for adaptability and creativity. We are living in times of unique challenge and perplexity – challenges we have to confront that have never had to be dealt with before. We must think differently. Therefore, we must do things differently. Few have been able to predict how times would change as accurately as HG Wells who said: ‘Civilisation is a race between education and catastrophe.’ In discussing what innovative businesses look for, Sir Ken highlighted the importance of beginning to recognise this in education systems.

The discussion moved on to discuss the comparison between the amount of technology available to people currently and in the past. Even in the last 10 years, technology has moved on hugely. Most of the technology we think is essential, didn’t exist 10 years ago. Most of this technology has unprecedented impacts. When Gutenberg invented the printing press to create copies of books more rapidly, he did not anticipate the Protestant reformation! As more and more technological developments occur, the outcomes of the impact are increasingly more difficult to predict. A future that cannot be predicted needs to be full of people who are able to adapt to the unprecedented change experienced in the world.

The conversation moved on, briefly, to population growth. In last 30 years population of the world has more than doubled. We are using up our world’s resources. But the world will be fine. We are the ones who need to think differently in order to survive. The way we are living on the planet…we are putting ourselves on a collision course with our own environment.

Human innovation is a constant feedback loop of people’s ideas. Sir Ken moved on to explore the thoughts of Ray Kurzweil and explain that the future could see the merging of information systems with human consciousness. What was impossible yesterday, we take for granted today. Culturally we do adapt quickly with the changes in technology. If we don’t adapt, then we become outsiders to change.

Kodak Brownie Camera was revolutionary in the early 1900s. It was the giant of camera companies. It went bust recently. It went out of business, not because people have stopped taking photographs, but their business was in the chemistry behind photographic development. They didn’t adapt to the new environment of digital. If we don’t adapt to the culture, we swamp. This is an important message. If schools do not adapt to the changes in our culture, they will not survive. While this is not a new message, it is an important one. Schools must begin to adapt in line with technological and cultural developments if they are to actually empower their pupils to find success in their unpredictable futures.

Sir Ken moved on to explain his belief that there is much more room within systems for innovation than people think. Government control is not so big that change can’t happen. Again, this is an important message for teachers who are leaving the profession in their droves, if not the most important message of the morning. A bottom-up process of innovation is possible. Real changes bubbles up from the bottom.

At the point, Sir Ken offered three of his beliefs (or principles) that support what he things schools should be doing. Diversity, creativity and organic growth.

Everyone is different. We need a system of education that celebrates this diversity. It was discussed that the system of education we currently have does not reflect the uniqueness of its users. Part of the problem, it was discussed, is testing. The testing industry in America is a billion dollar business. NFL – $9 billion. Cinema box office – $11 billion. Testing industry – $16 billion. People are making profit out of children. They are looking constantly for places to drill new kinds of test. This is having a detrimental impact on the culture of education. Robinson explored the ridiculous notion of testing kindergarden children and using the results to predict their futures, which lead the conversation on to the linearity of our current system and the current values that surround the system. You can’t anticipate what your life is going to be like. We need organic growth.

A study by Elad Segev into what happens when children are given the idea that there is a right answer took us on to discuss creativity.

He then showed us a clip from the Landfill Harmonic orchestra. ‘Landfill Harmonic’ shows that Human talent is deep, powerful and almost inexhaustible. We have a direct and symbiotic relationship with the planet. There is every reason to be optimistic. We can find solutions to the problems and the challenges we face. The culture of education at the moment is depressing our pupils both spiritually and in terms of the possibilities and ambition we promote. The World Health Organisation suggest that the biggest problem we will face in the future is high levels of depression. The digital tools we are using are not replacing the need for a creative education. They enhance the creative education that children do need. It is crucial to remember this as we think about the possibilities of digital education. What we need is a new culture of education before we consider the technology that can be used to support it.